We Are a Premium Spa & Salon
Located in San Diego

Welcome to my site I’ve a health couch credibly innovate a granular internal or organic sources whereas high standards in. 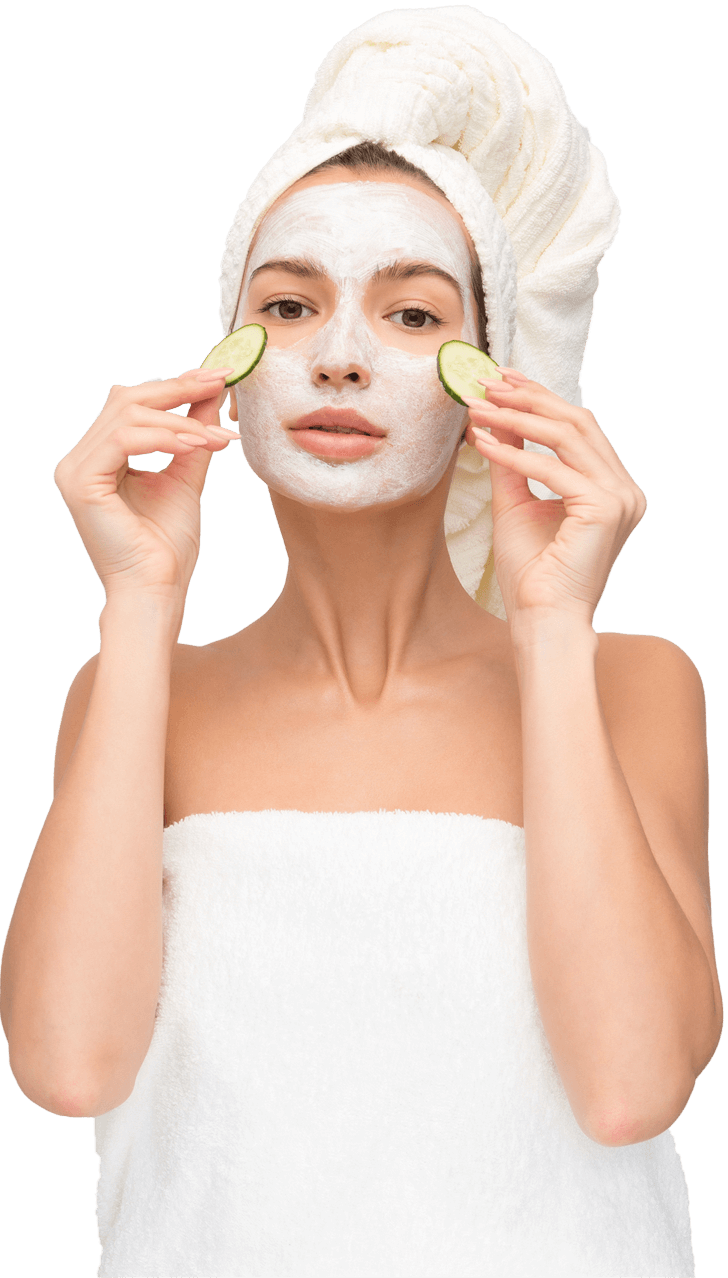 Ketamine has been safely administered as an anesthetic in a hospital setting for decades, and recently small doses of ketamine have shown promise as a treatment for psychiatric ailments that have resisted other forms of treatment including traditional therapy and other medications.

In an effort to provide our patients with treatment that is as convenient as it is effective, we offer intravenous ketamine infusions as an outpatient treatment for qualified patients and lifestyle members.

We carefully monitor patient response to IV ketamine treatments and adjust the treatment plan as necessary, but many patients can expect to experience a favorable response within the first week to two weeks of treatment. 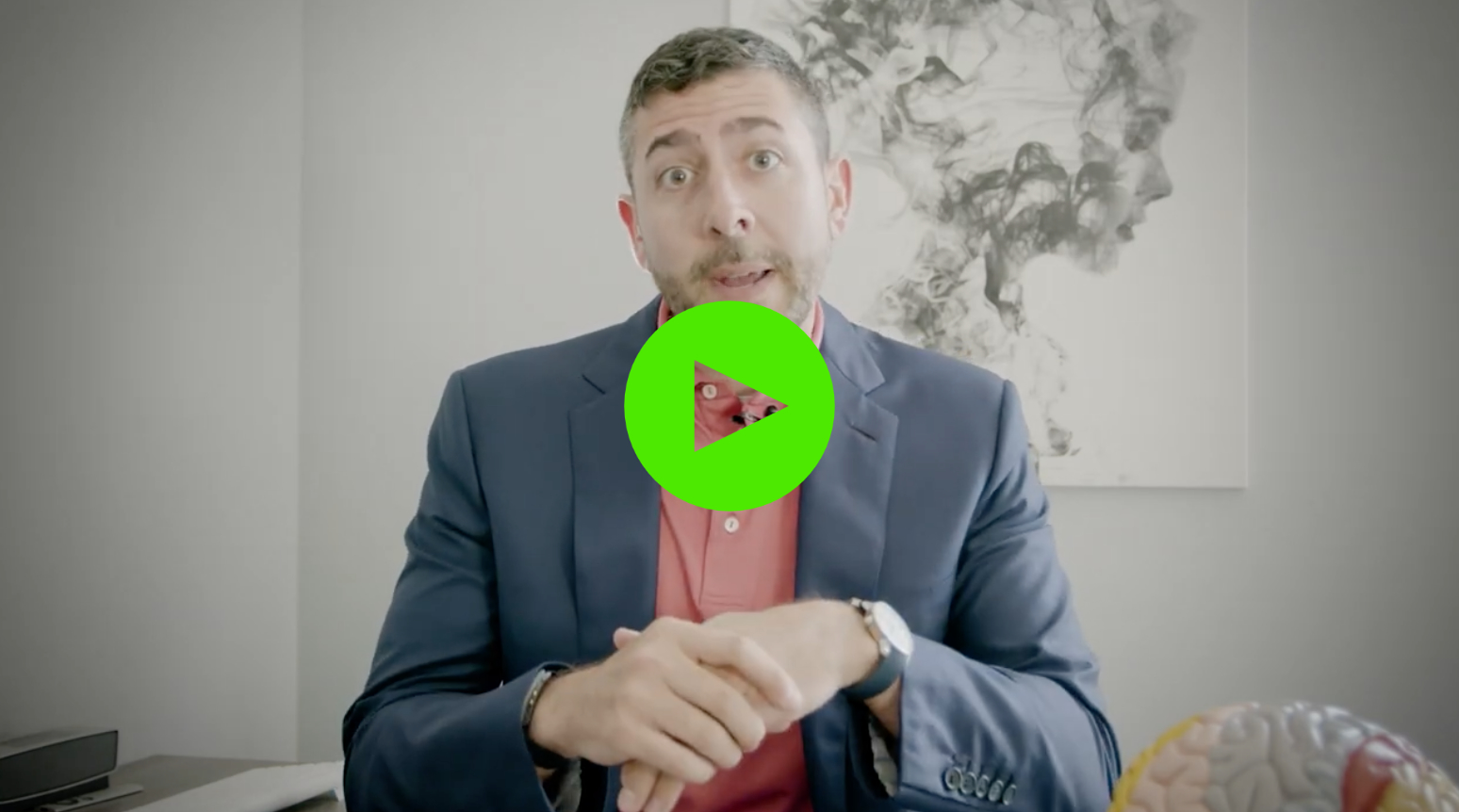 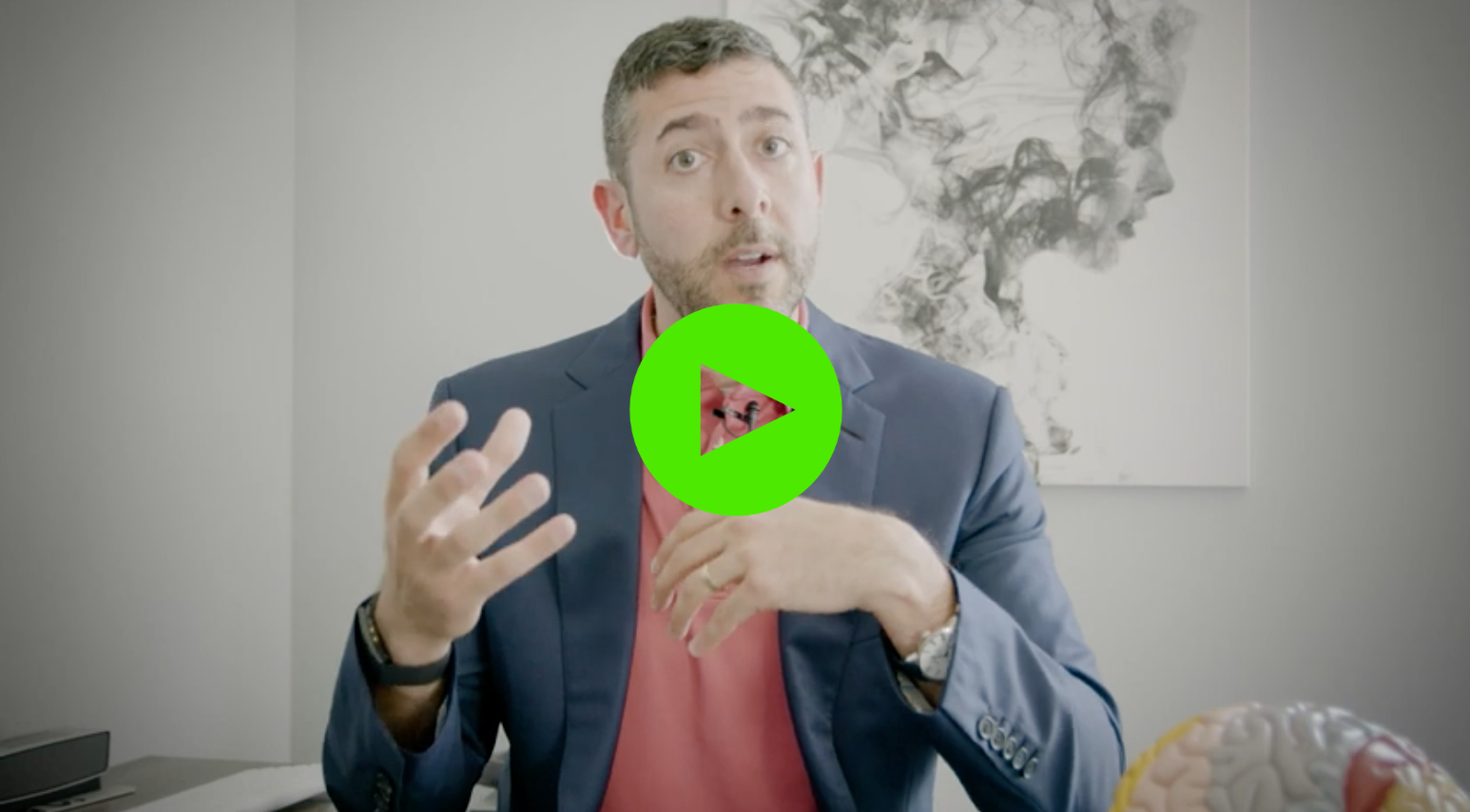 Can I do Ketamine and TMS? 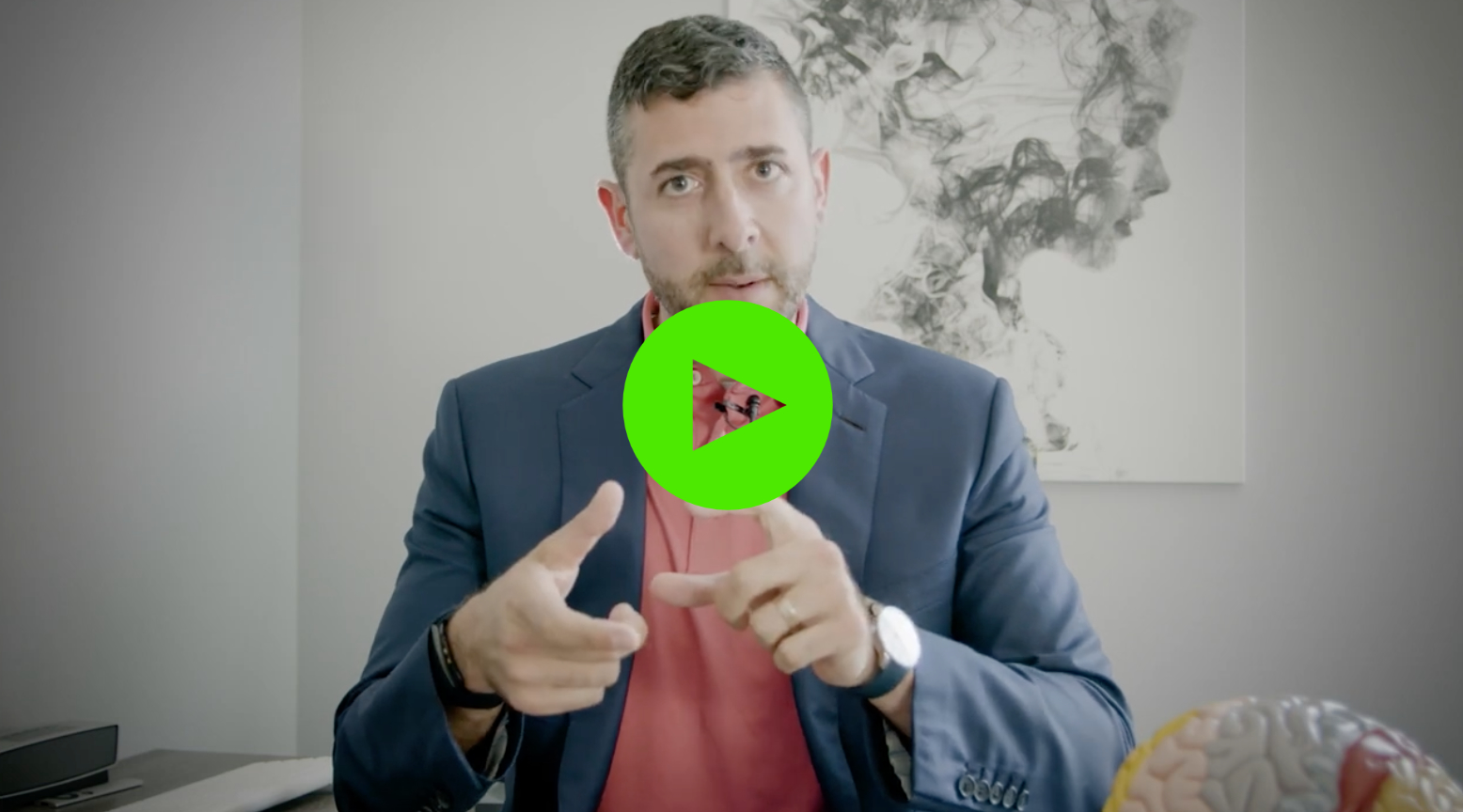 What does Ketamine treat?
clients first

As our client you are out top priority

Welcome to my site I’ve a health couch credibly innovate a granular internal or organic sources whereas high standards in.

"IV ketamine offers rapid relief to depressive symptoms that are severe and have not been effectively managed by antidepressants and therapy alone. We are excited to share this cutting-edge treatment with our friends and neighbors in Pittsburgh."

Our experienced providers will work with you or your loved one to address the complex emotional and physical elements of depression.

Our staff understands the importance of community, and that's why we are so dedicated to serving the people and communities that helped raise us by providing exceptional treatment for depression.

For more information about our individual providers, please click on the Team link above. We look forward to serving your needs and the needs of your community.

By working together to find a treatment that meets your needs, we can help you understand the source of your pain and begin down the road towards healing.

We are proud to offer IV ketamine therapy at these locations.

These are our current Services

Know more about our Services 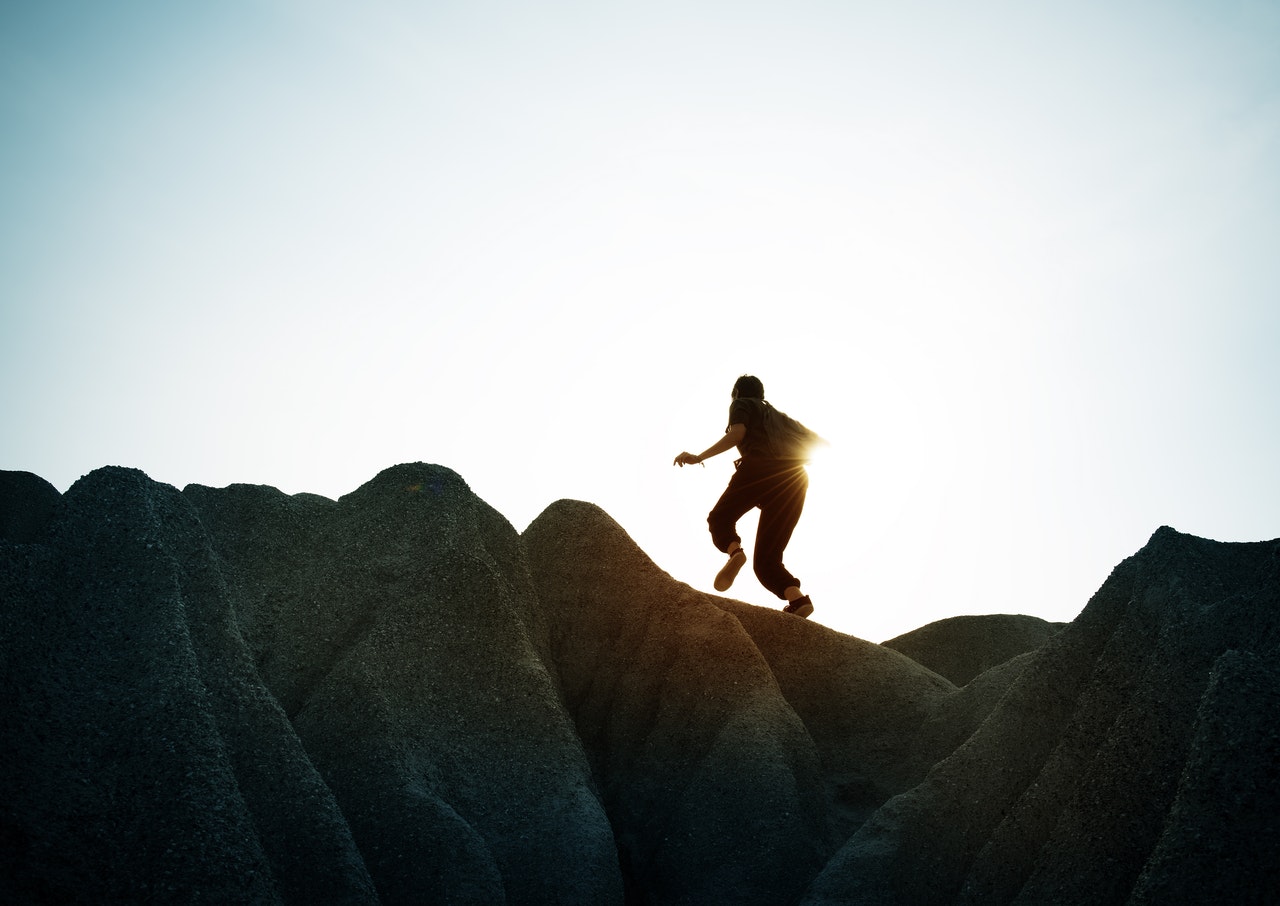 NeuroStar Advanced Therapy is an innovative, FDA-cleared therapy that uses transcranial magnetic stimulation (TMS) to target key areas of the brain that are underactive in people with depression.

Click on the link in the menu above to learn more about TMSTransformations and how NeuroStar can help you or a loved one regain control over your life.

Get a Massage experience.

Get a Depilation experience.

Get a Relaxing experience.

Get a Beautiful experience.

What exactly is Ketamine?

Ketamine has been safely administered as an anesthetic in a hospital setting for decades, and recently small doses of ketamine have shown promise as a treatment for psychiatric ailments that have resisted other forms of treatment including traditional therapy and other medications.

An independent study in 2019 found,

Another study from the U.S. National Library of Medicine found,
‍
"Ketamine may provide a rapid, robust, but transient antidepressant effect in MDD and BD. It appears particularly interesting in patients experiencing suicidal thoughts with its rapid effect in suicidal ideation." Citation

Q.
What Ages Of Patients Do You Serve?
A.

Q.
Do You See Pregnant Women?
A.

Q.
What Is Required Of Patients To Remain In The Program?
A.

Generally, patients are required to participate in weekly therapy, a 12 step program (such as Narcotics Anonymous) and attend weekly appointments with their physician during the beginning stage of treatment. Depending on the treatment needs of individual patients, these requirements may vary over the course of treatment at the treating physician’s discretion.

Q.
Do You Accept My Insurance?
A.

We accept many popular insurance plans including Blue Cross, Aetna, Cigna, PEIA, The Health Plan, Geisinger, TriCare, UMWA, and others. Please contact us if you have specific questions about your plan.

Q.
Can I Be Seen If I Am Taking Other Drugs?
A.

Yes, you can be evaluated by our team; however, other steps such as detoxification from other substances, sometimes in a hospital, may be required in some cases before treatment can begin. It is expected of patients to stop using all drugs both legal (beer, wine, liquor, or certain prescriptions) and illegal (marijuana, cocaine, etc.) while in treatment. We recognize that many people with opioid addiction may be using or addicted to other drugs, and we help patients to stop using other drugs as they begin treatment, and we make efforts to work with patients who relapse. It is not, however, permitted to continue using other substances during treatment with no intention of stopping.

Yes, a urine sample will be collected at the initial evaluation, and additional testing using urine or saliva will be performed at random and as deemed necessary by the treating physician. For advanced testing, samples may be sent to an outside lab. Patients are responsible for associated costs not covered by insurance. Failure to submit a sample for a required screen or attempting to falsify a screen will be grounds for immediate discharge from clinic.

Q.
How Long Will It Take To Get An Appointment?
A.

Due to federal limits on the number of patients a physician may treat with buprenorphine (Suboxone), there can be significant wait times to be seen for this treatment. Alternative treatments such as naltrexone (Vivitrol) do not have such restrictions, and may be available much more quickly. Please contact us if you would like to arrange an appointment, and we will provide further details about treatment options.

Q.
Do You Prescribe Subutex?
A.

As a general rule, we do not prescribe Subutex due to the increased risk for abuse or selling of this medication relative to other forms of buprenorphine such as Suboxone. In certain cases, a treating physician may elect to prescribe Subutex to a patient for a specific reason. No patient is guaranteed a prescription for Subutex or any other medication, and the final decision of whether or not to prescribe any medication will be made at the sole discretion of the treating physician. No refunds for services rendered are provided for patients who do not agree with a physician’s decision regarding the appropriate prescription for his or her treatment.

Q.
Will I Receive My First Dose Of Buprenorphine (Suboxone) In The Office?
A.

No. No medication is kept in the clinic. If a physician elects to prescribe buprenorphine as part of your treatment, you will be given a prescription to take to the pharmacy of your choosing.

These are some of our Features

What People Say About Us

Feedback from the people and families we serve.

I have a ways to go, but I’m miles beyond where I would be had I not been referred here. Their holistic care, expertise, and innovation have been incredible. They are knowledgeable of the most up-to-date research and treatment options. My only regret is not going this route years ago. If you’re struggling with mental illness, do yourself a favor and make an appt, you won’t regret it.

I have met Dr. Wakim in my business circles. I have worked with many medical professionals over the years, and I can honestly say Dr. Wakim truly stands out as an example of excellence. I am extremely impressed by his dedication to his patients, the knowledge and courtesy of his staff, and the work they are doing.

I have not been a patient, but I have met the staff at their Morgantown location. I can not speak more highly of Dr. Wakim and his dedicated staff. They are very welcoming to not only the patients, but to the loved ones of the patients as well. I recommend anyone fighting depression, anxiety, bipolar disorder, schizophrenia, ADHD, substance abuse or body image to reach out to Dr. Wakim!

Couldn't ask for a better place to take care of my mental health.

The doctors and staff are excellent and make you feel so comfortable. I've stopped into their office in Wheeling multiple times for work, and I think their practice is top notch. I would highly recommend them.

Great staff and especially glad to have tracked down Dr. Wakim!

These are some of our Features

You can call us at any time today.

Harmony is a clinic dedicated to the treatment of mental illness and restoration of balance and well being. Are you or a loved on in search of psychiatric care?

Transcranial Magnetic Stimulation (TMS) is a safe and effective treatment for depression. Are you ready to take control of your symptoms?

Harmony and ROOTS were established by a group of local, West Virginia born, psychiatrists with a vision for exceptional mental healthcare for the communities that helped to raise them.

You can Call us at any time today.

You can write us at any time today.